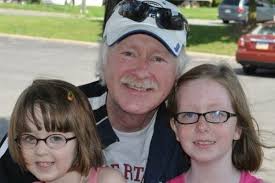 Honky Tonk Hindooz will be hosting and providing sound for the Acoustic Alchemy stage at Prison City Brewpub all day long!  The Hindooz set will be at 7pm but there’ll be music from 1pm on at Prison City, Moondog’s Lounge and A.T. Walley’s.  See below for more details…

Wenzel, a former journalist, music promoter and benefit organizer, was diagnosed with stage-four renal cell carcinoma in 2015, and it has since spread to his lungs and bones. He recently called on New York state to make its medical marijuana program more accessible and less complicated.

The event will also include a brunch, raffles, door prizes, a 50/50 drawing, an auction and, from 2 to 7 p.m., a chicken barbecue for those who purchase a $20 donation ticket. Contributions and in-kind donations to support the event are also being accepted at Art’s Lung Fund, P.O. Box 2204, Auburn, NY 13021.

(Sound by the Honky Tonk Hindooz)

The Honky Tonk Hindooz will be playing the following dates:

Professor Louie and The Crowmatix

“The Crowmatix tour nationally and abroad and every concert gtes better than the last.”~ Elmore Magazine

Professor Louie & The Crowmatix hail from Woodstock, NY. The group came into existence preparing songs for Aaron Professor Louie Hurwitz’ studio productions for the Rock’n’Roll Hall of Fame group The Band. Professor Louie collaborated with the Band for over fifteen years.  They have been Grammy Nominated, Inducted into the International Blues Hall Of Fame, New York Chapter and Southern Canadian Blues Hall of Fame. They have been the backing group for CD’s by Rick Danko, Levon Helm, Garth Hudson, Commander Cody, Graham Parker, Guy Davis & more.

Professor Louie & The Crowmatix have been featured on syndicated radio shows, Acoustic Cafe, E-Town, Public Radio show, Live At the Linda, The Mitch Albom Radio Show & Woodsongs Radio Hour, and perform over 150 shows a year in The US, Canada & Europe.

Listen to Professor Louie & The Crowmatix

Come on down for happy hour food and drink specials.

Saturday, May 3rd @ The Bucket, Auburn, NY 9pm to midnight

Our first gig at Suzy’s, West Genesee Street, Auburn, NY.  Please come out and support live music.  Suzy’s has been a steadfast live music venue for quite a while and we would love to bring a good crowd out to see us and rock the joint!

Always a good time at the best neighborhood public house in town!

The historic heart of Skaneateles, NY – a great place to have a delicious meal or just a couple drinks.

Sunday, May 5th @ The Sherwood Inn, Skaneateles, 4pm to 7pm

The Honky Tonk Hindooz will performing from 7 to 10pm this Wednesday January 9th at the Oak and Vine Restaurant @ The Springside Inn (West Lake Road, Auburn).

The Oak and Vine has a fine selection of food, wine and beer for all your needs.  Please join us.

Burned out on Holiday Spirit? Looking for something different to do tonight after work?

Well, you’re in luck!  The Honky Tonk Hindooz will be performing at the spectacular new venue in town: Theater Mack (located at 203 Genesee Street, Auburn, NY, behind the Cayuga Museum on corner of Washington).  The Hindooz will be playing early, from 6 to 8pm.  There will be a cash bar for all your happy hour needs.  From 8 to 10pm, Sloppy Joes will take the stage to continue with the rock and roll.  Cost is $5.

This is a new event in Auburn, with live music at Theater Mack the last Friday of every month.  So, if you can’t make it tonight, keep your eyes peeled for next month’s schedule.

BUT WAIT! As an added bonus, tonight only, you get three bands for the price of one:  Hank Honky will be performing with Bert Scholl and Friends at O’Tooles (Osborne Street, Auburn) from 9pm to midnight.  Bert will be performing his own brand of outlaw country and classic honky tonk, so pop on over when you’re done at Theater Mack and check us out!

Join The Honky Tonk Hindooz for First Friday at the Schweinfurth Art Museum in Auburn this Friday, December 7th from 5pm to 8pm.  Refreshments and holiday art making!  Free and open to the public.

And don’t forget to stop by and see the Hindooz perform at the Sherwood Inn in Skaneatles on Sunday December 16th from 4pm to 7pm.  Warm fire, cold beer and delicious food make the Sherwood Inn a perfect spot to relax and enjoy your favorite Hindoo Christmas music.

The Hindooz play songs by: